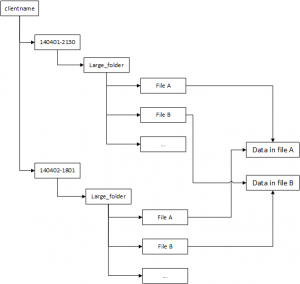 Currently files which are unchanged between incremental file backups are hard linked. This means there exist more than one file paths for the same data. The advantages are

But there are some issues in some cases:

With a lot of unchanged files between incremental backups it is almost certain the hard linking operation is the bottleneck.

To improve this situation UrBackup server 1.4 will create symlinks to large directories which are completely unchanged during incremental backups. This avoids a lot of the hard linking operations. 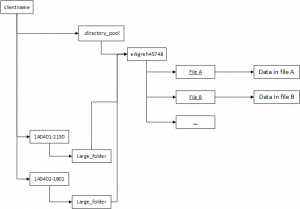 There are some caveats:

The symbolic linking of large unchanged directories will be the default behavior in UrBackup server 1.4, though you will be able to deactivate it in the advanced settings. UrBackup server will not symlink directories on btrfs, as there the snapshotting provides a superior method to do fast backups.